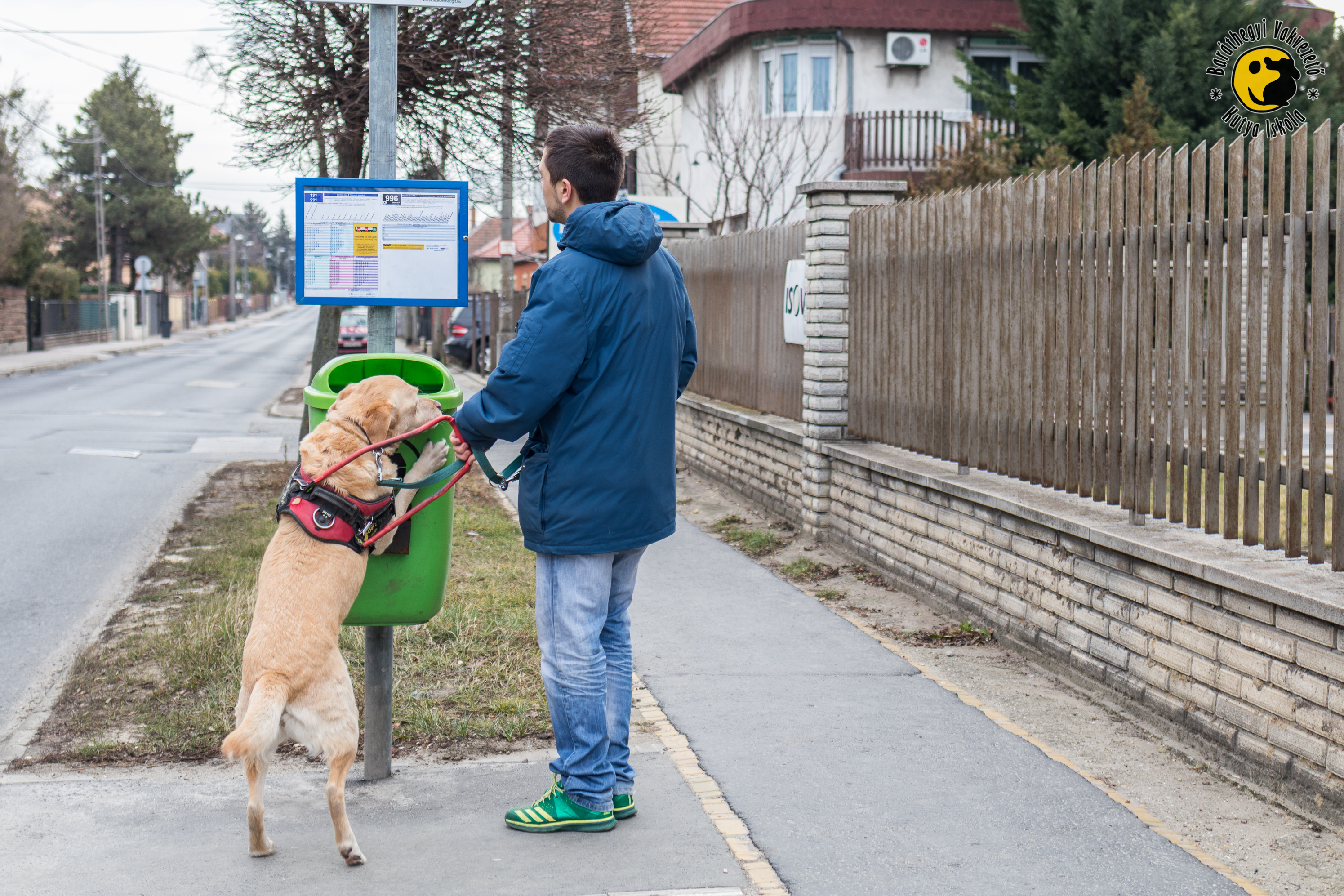 Zsolt Majzik lost his sight at the age of fourteen, now he is in the middle of his twenties. At first he was moving with white stick until he decided to contact the Baráthegyi Guide Dog School for some help. In the second episode of our vlog series named “A journey with my dog” Zsolt tells us about his life with Andy, the guide dog.

Since Zsolt has been moving around with a guide dog, he had positive such as negative experience. Fortunately, most of them was positive.

Zsolt Majzik tells while smiling that most of the people thinks that Andy knows which bus is the appropriate for them, but that’s not true. It happens that they often tell the dog which way they should go.
When Andy jumps up to the timetable, he does not read it (just like he can’t use the transportation app called “BKK futár)

Zsolt often experiences that people think the guide dogs understand the command words, but it’s a false statement. Bus drivers are likely to ask: why does not the dog have a ticket or a muzzle on him? Once an elder woman made a strange expression on them when they got off the bus. Of course they would like to give way to Zsolt and his guide dog but the lady said that it wasn’t a zoo…aiming to the fact that the dog does not have the right to be on the bus.