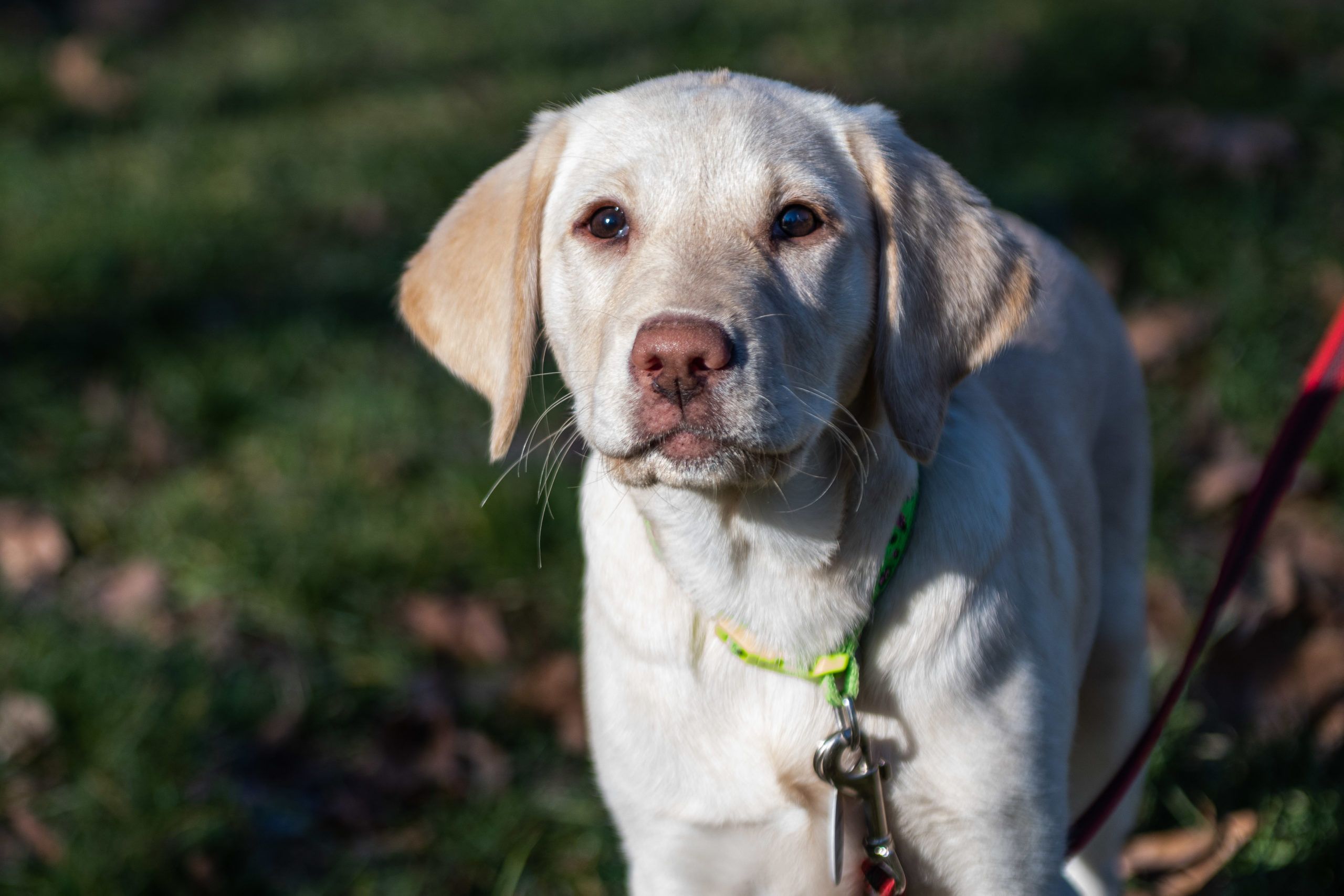 At our monthly puppy gathering in February, Winnipeg’s puppies (whose names all start with the letter ‘P’) joined their older canine friends (whose names all start with the letter ‘O’ and some nearly one year-old puppies whose names start with a letter ‘M’). Considering the rather high number of puppies and the age differences between them, we divided our canine students into 3 groups: ‘nursery’, ‘kindergarten’ and ‘preschool’ groups were formed. The dogs in the ‘preschool’ group successfully passed their mini exam.

The high number of puppies participating at our monthly social gathering drew quite a lot of attention on Hajogyari Island. As always, we started by letting the puppies run around and play with each other for quite some time. The puppies and their host family members had a chance to meet and get to know each other. After the playful warm-up session, all the puppies joined their ‘classes’ according to their age to participate in some special exercises.

The younger puppies (whose names start with ‘O’ and ‘P’) learn in a very playful way, as they are still very young. At this young age, the dogs learn to listen to their names being called and also practise how to walk on a lead. These sessions were conducted by Emese Barkoczi Kiralyne and Nora Ildiko Juhasz. Despite their young age, the puppies can learn to sit by the left leg of their handlers on command.

The litter of puppies whose names start with ‘M’ turn 1 year old this month. The puppies mother, Iris also joined the gathering. Müzli, Mágnes, Mese and their siblings were happy to learn new tricks from our guide dog trainer Maria Nyirine Kovacs.  ‘A lot of people are wondering if guide dogs need to pull when in a harness because we see them pulling’, Maria said. ‘The answer is yes: the dogs are pulling when in a harness but are not pulling on a lead because they learn that when they are on a lead, they are not working, only following their master,’ she added.

At the end of the monthly gathering, the younger puppies were active in a playful exercises while their older canine friends took part in an evaluation. The dogs, when they turn 1, have to take part in this test in order to qualify for further guide dog training. We are happy to announce that all the dogs in the ‘M’ litter – including Mokka and her siblings – have successfully passed their exams and received their certificate.