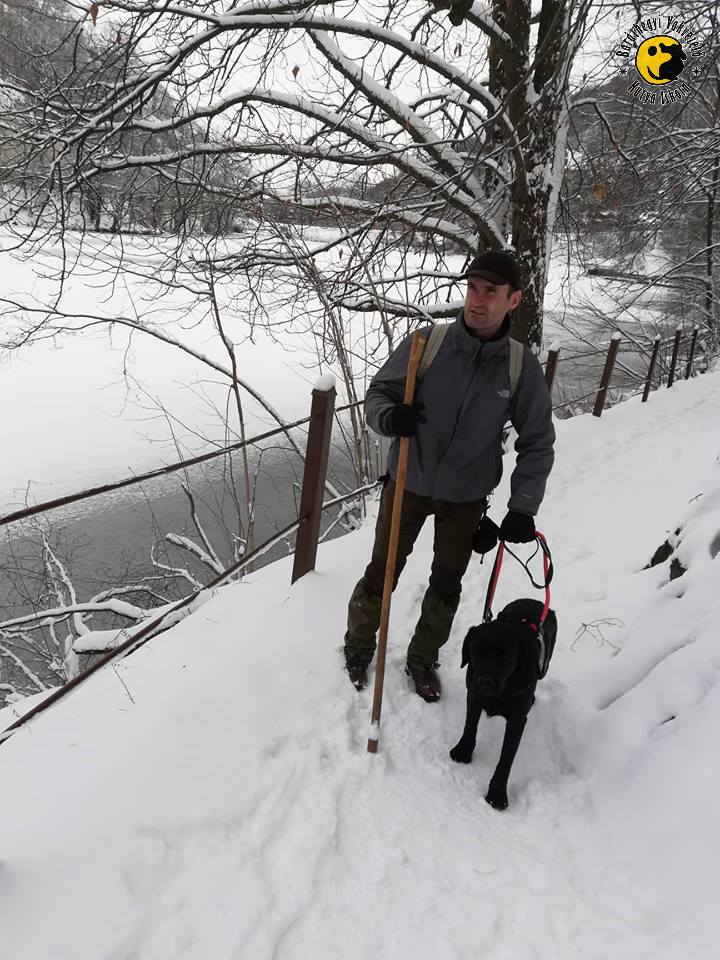 In December 2018, within one month since our previous success, we once again saw our hard work pay off. Just as in every year, we were working hard on putting as many dogs as we could to work with their visually impaired owners. At the end of the year, it was the turn of Ion, Hablaty and Indigo to pass their road safety exam. These are the success stories of how Tamás, Panka and Antal found their companions. Three success stories for Christmas

Antal Puskás and Indigo went on snowy and icy roads and even on paths that were not cleared of snow banks. They travelled by bus and tram filled with people preparing for the holidays. But for them, this wasn’t like a regular stroll or a walk in the city. They were on one of the most challenging trials of their lives. On that challenging day and with these harsh conditions they were about to complete their road safety exam. We can happily announce that they were successful, Antal and Indigo completed their exam. We wish them many happy years together!

While many people were completing their Christmas shopping list, Tamás Mann and Ion were up to complete a huge achievement on Sunday morning. Thanks to the snowfall the night before and to the slippery pavement, the circumstances were not ideal. Moreover, they had to travel on crowded public vehicles.

After them, it was the turn of Attiláné Széles (Panka) to show what she and Hablaty were capable of. By then, most of the ice melted but they still had to face the crowd on the public transport. Having a broken nail on his paw, Hablaty was not in a perfect condition either. This made their case even more difficult. Despite his injury, Hablaty completed the exam route with Panka like a hero. Panka was getting the jitters and a car taking a turn illegally near their home almost hit them while crossing the road. However, like Tamás, Panka and Hablaty couldn’t be fazed by snow or ice or by any other difficulties.

We cannot congratulate enough on these successes and we wish long and happy years together!