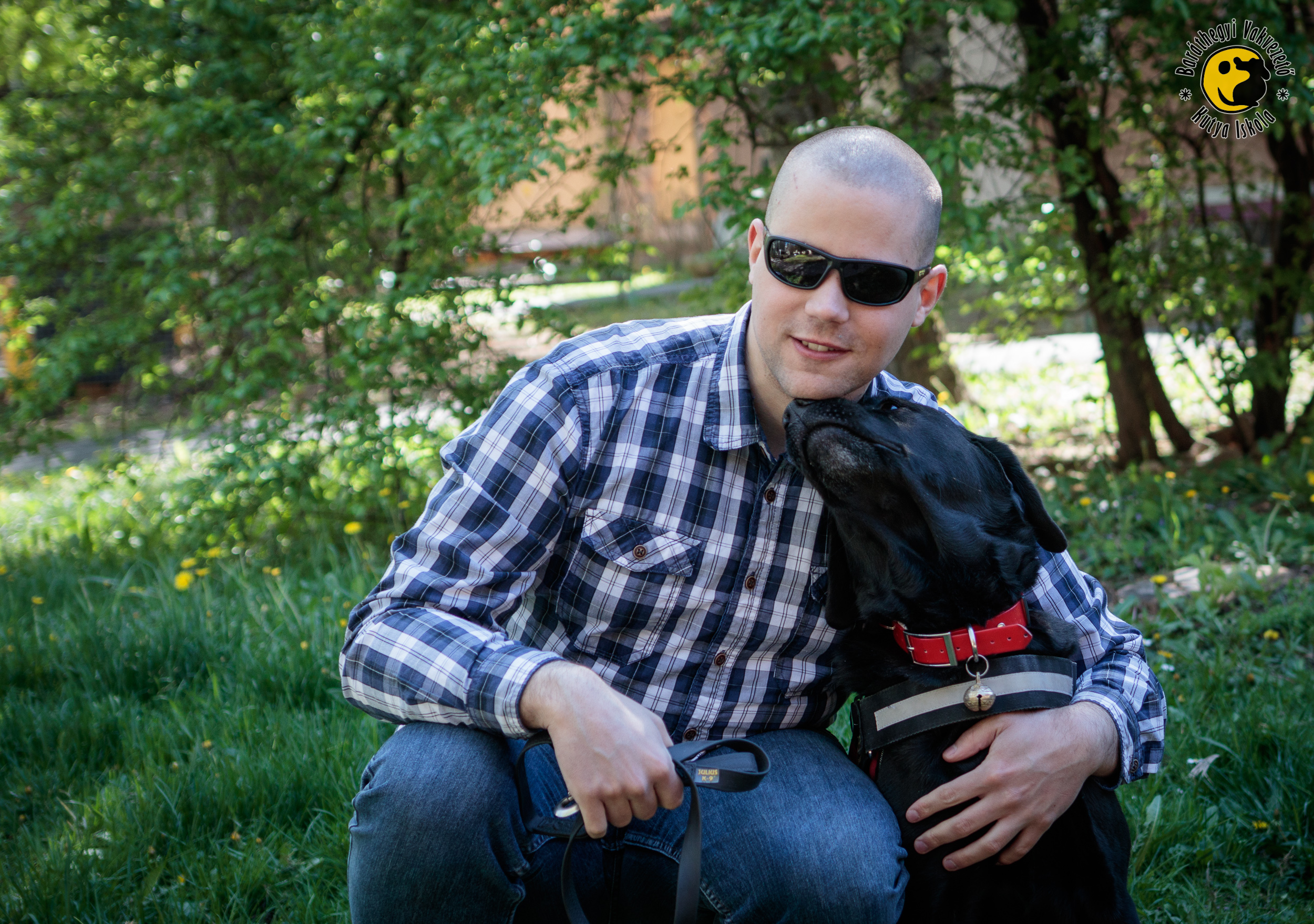 You should always pay close attention to traffic for visually impaired people, no matter how
much the traffic light beeps or speaks, which is specifically designed to help them cross. It
was a complete coincidence that a car was driving through the red at 60 km / h when our
colleague with a guide dog wanted to cross the zebra. Zoltán’s life was past his transport
routine.

When the traffic light on the pedestrian crossing starts to beep, it indicates that a visually
impaired person can cross the zebra. But can you start signaling?

Zoltán Vida, an employee of our foundation, tests the knowledge of our blind students during
the period when they are under training. If he didn’t have a strict traffic routine, he could have
stepped in front of a car driving into the red at high speed. Instead, Zoltán was rewarding the
student dog for deftly leading him to the zebra, which is why he didn’t immediately start the
whistling sound indicating the green signal. Then he waited because he heard the car
approaching.

“I heard the car doesn’t slow down, it goes at least 60 mph, so I didn’t start. You have to pay
close attention and analyze the traffic. Still, unfortunately, this is not always possible when
many people are talking at the pedestrian crossing or the sound of the car is not heard, in
which case the life of a blind person is almost entirely in the hands of drivers,” said Zoltán
Vida.
The recording shows that Zoltán and the dog were visible, they were not covered, but that was
not enough for the driver to slow down. “If I start at the beginning of the beep, I’m sure to hit.
You should always pay close attention to the traffic, no matter how much the light beeps or
speaks, specifically designed to help the visually impaired. It is outrageous that this driver
does it all,” Zoltán added. However, it was all green for them to turn around, so he is aware
that such cases occur, so he wasn’t scared now either.
The scene was recorded by our trainer on the phone, of course not to make a deterrent video,
but for analyzing the work of the dog in our Miskolc center.
“While practicing with Zoli, it didn’t even occur to me that I had to insure him because of an
unexpected event that happens because of the irresponsibility of others. I barely got a word;
he was so surprised that this could happen. I immediately saw that the light was green. The
green beep gave priority to the pedestrian. I spoke to Zoli and confirmed in his recognition
that a car had raced in front of us despite the red signal,” said Emese Király Barkóczi.