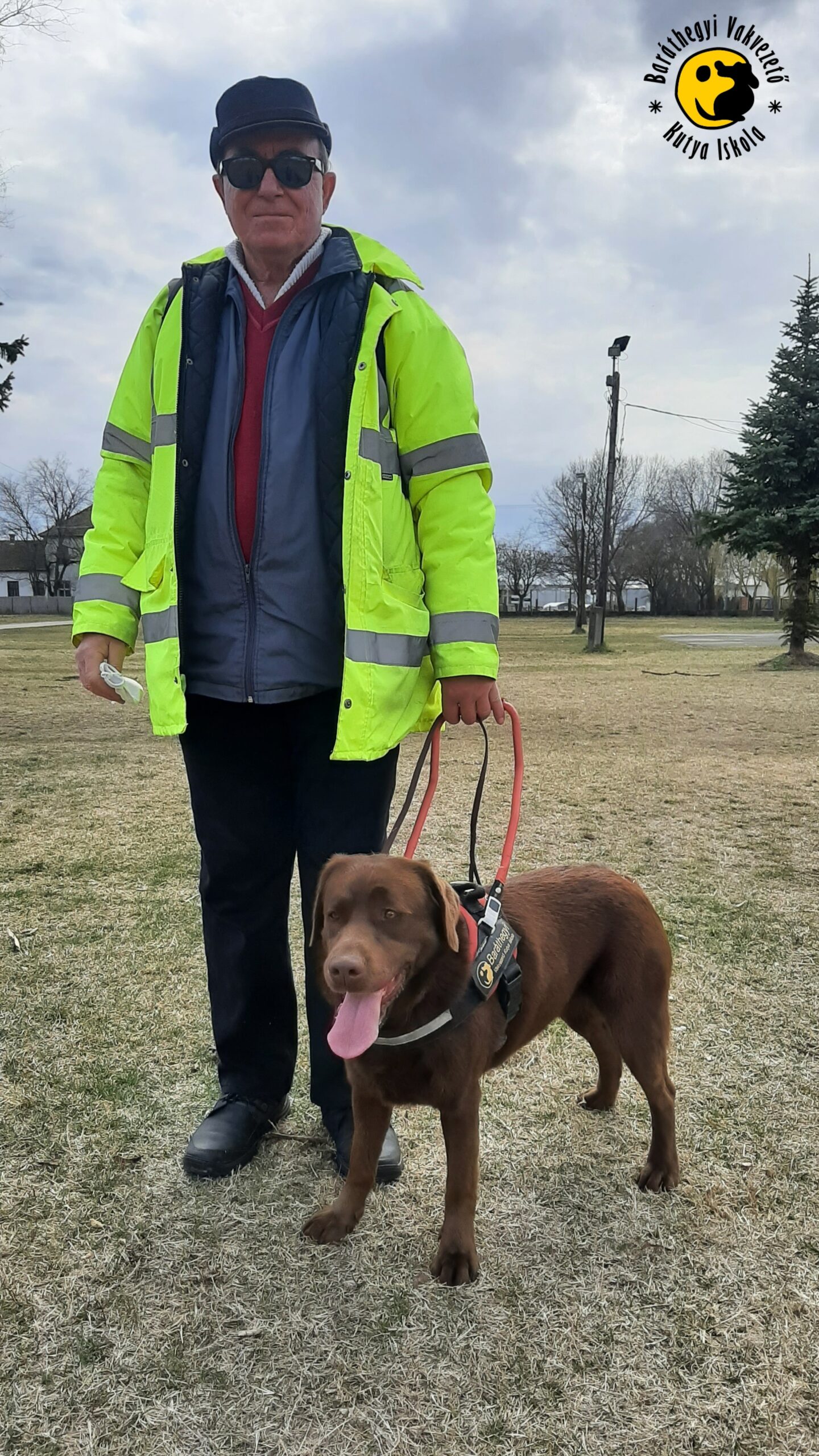 His four-legged helper, Sándor Modok, who lives in Kistelk, provides previously
unimaginable security. They travel eight kilometers back and forth with Infra every weekday
to get to the man’s job on foot in the absence of bus service. After a long, wait-and-see time, a huge game finally awaits both of them as a reward.

March 8 is a holiday not only for Women’s Day but also for other reasons in the family of
Sándor Modok. That’s when his four-legged partner, Infra, also has a birthday. And since the
chocolate brown labrador happens to be a point bitch, that’s why it provides the best
opportunity for a double celebration. So this year, for example, in addition to the delicious
bites, a plush hippopotamus arrived among the gifts, which the four-year-old dog has not been able to get enough of since then.

“Infra is a very playful but extremely disciplined dog. I know we’d rather say people are
attentive, but that’s exactly what this description fits. When I head somewhere, just like inside
the house, he immediately stands by me to help. Moreover, it is reliable in transport, although
we often face challenges, for example, when we go on a long journey every day to go to
work,” said Sándor Modok.

Sándor and Infra travel almost eight kilometers back and forth every day. There is no bus
service in Kistelk, Csongrád County, so they go on foot to the Handicraft, to work further
afield. At such times, they perform almost the same routine in the morning: Sándor – in his
own words – combs Infra’s clothes, then they leave calmly and “walk the streets nicely,”
touching several intersections. However, the biggest challenge is the bustling road section at
Sándor’s workplace, which is not only the driveway to the highway, but no zebra was painted
there.

“I dare to trust him because Infra gives a lot of security. He is always cautious and dares to go
with him on the road calmly. He was also able to give back some of my independence, which
means a lot to me. He’s always with me, and I don’t go my way alone in my life. Not just a
dog, but a living being who is watching me, who I can talk to, who is my partner,” Sándor
Modok pointed out.

The man’s previous dog, Henna, was also a four-legged helper at the Baráthegyi Helping Dog
School, but he had to retire because of hip wear. One Saturday in 2018, Henna returned to the
center, and Sándor traveled to Miskolc the next day to meet Infra.

“Even today, I remember well the day I was sitting on the couch, and one of the trainers let
the then one and a half year old Infra through the door. The dog ran up to me at that moment,
jumped up on the couch, and pressed a large allergy on my forehead. We have been friends
since then,” Sándor recalls, laughing at the first meeting.

After that, they learned a lot more, developed, practiced together. Then in October 2018, they
passed the exam without a point of error. Since then, they have been inseparable, and,
according to the man who lives alone, Infra is a “huge treasure” in his life. Arriving at work,
he takes the harness off and puts his four-legged friend in front of himself on his work mat.

Every two hours during the break, he drinks, they go out for a walk, and Infra sometimes goes
to check on Sándor’s staff to see if they are “doing their job well.” In the last stage of working
hours, you can already feel the excitement. On the way home, they always stop at the
fairgrounds, where Infra already has two little friends with whom they start playing self-
forgotten games, releasing enormous energies.

The retina of Sándor’s left eye was detached in 1986 and then of the right side in 1998. And
although he learned to drive and orient himself with a white stick, in 2013, he decided to
require a dog from the Baráthegy Blind Guide Dog School.