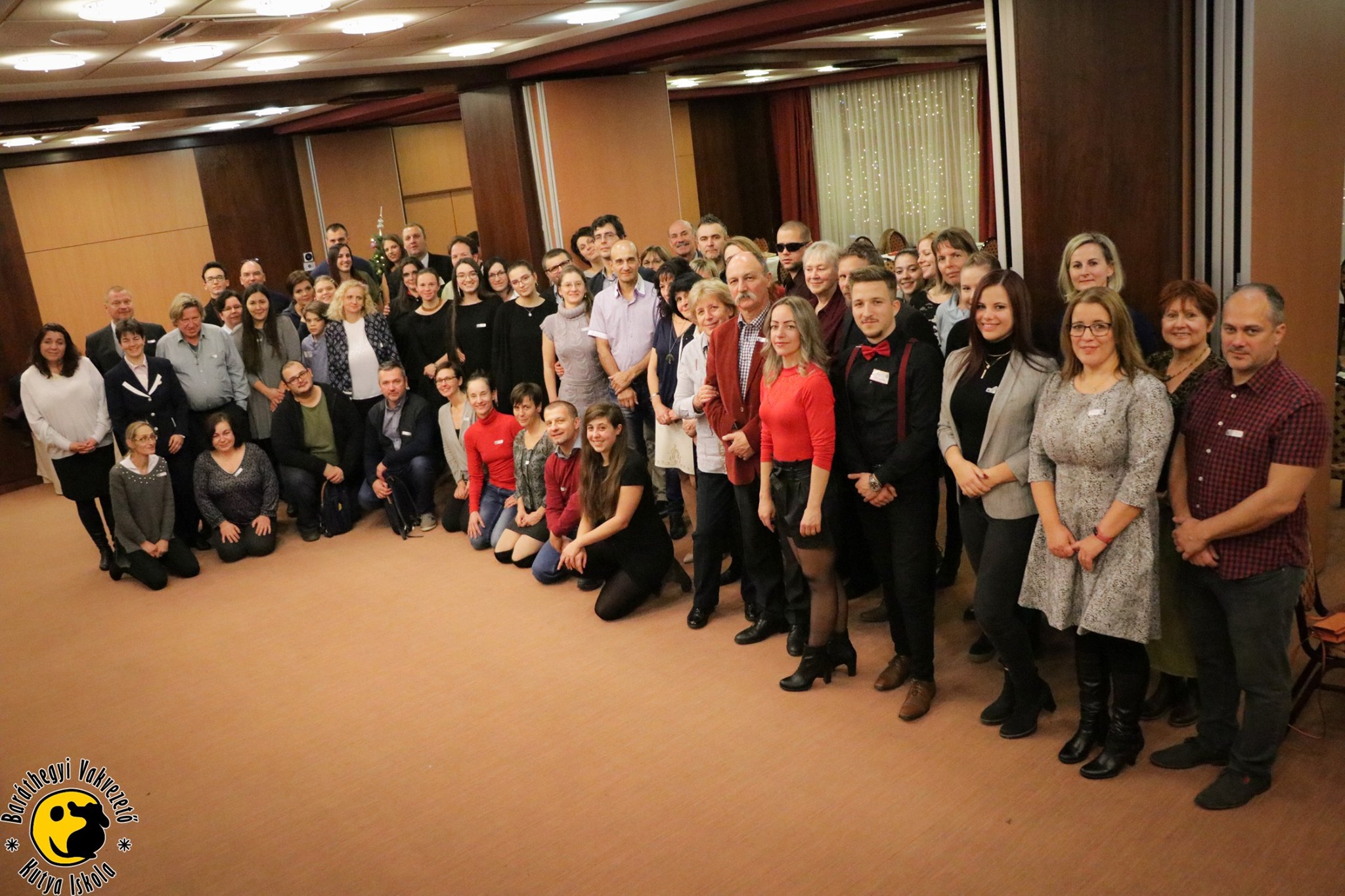 We waited excitedly for everyone from the Country who is with the Baráthegyi Guide Dog Organization’s team to finally meet. Our annual meeting in Budapest was primarily about our volunteers, at which we thanked our twenty-five friends, four of whom give homes to breeding female dogs, and the rest of whom are involved in puppy training. There aren’t enough words to express how grateful we are, which is why we have established an award that recognizes conscientious and devoted volunteering!

We gave a SILVER PAW PRIZE to Andrea Sápi and her family, who have successfully raised five guide dogs. Miklós Maróthy and his family also received “silver” for raising five guide dogs.

Nóra Juhász received the BRONZ PAW AWARD after raising three puppies. All three award winners have spent many years performing this task. We are delighted that there were some within our company at the year-end party who have already raised one or two puppies, and will continue to do so.

We bet that many people are thrilled to be able to bring home a little fur-ball for the first time in their lives, so we can confidently say that there will be other year-end parties where the GOLD PAW AWARD will be awarded: we will be grateful and glad to toast in their honour after raising ten puppies.