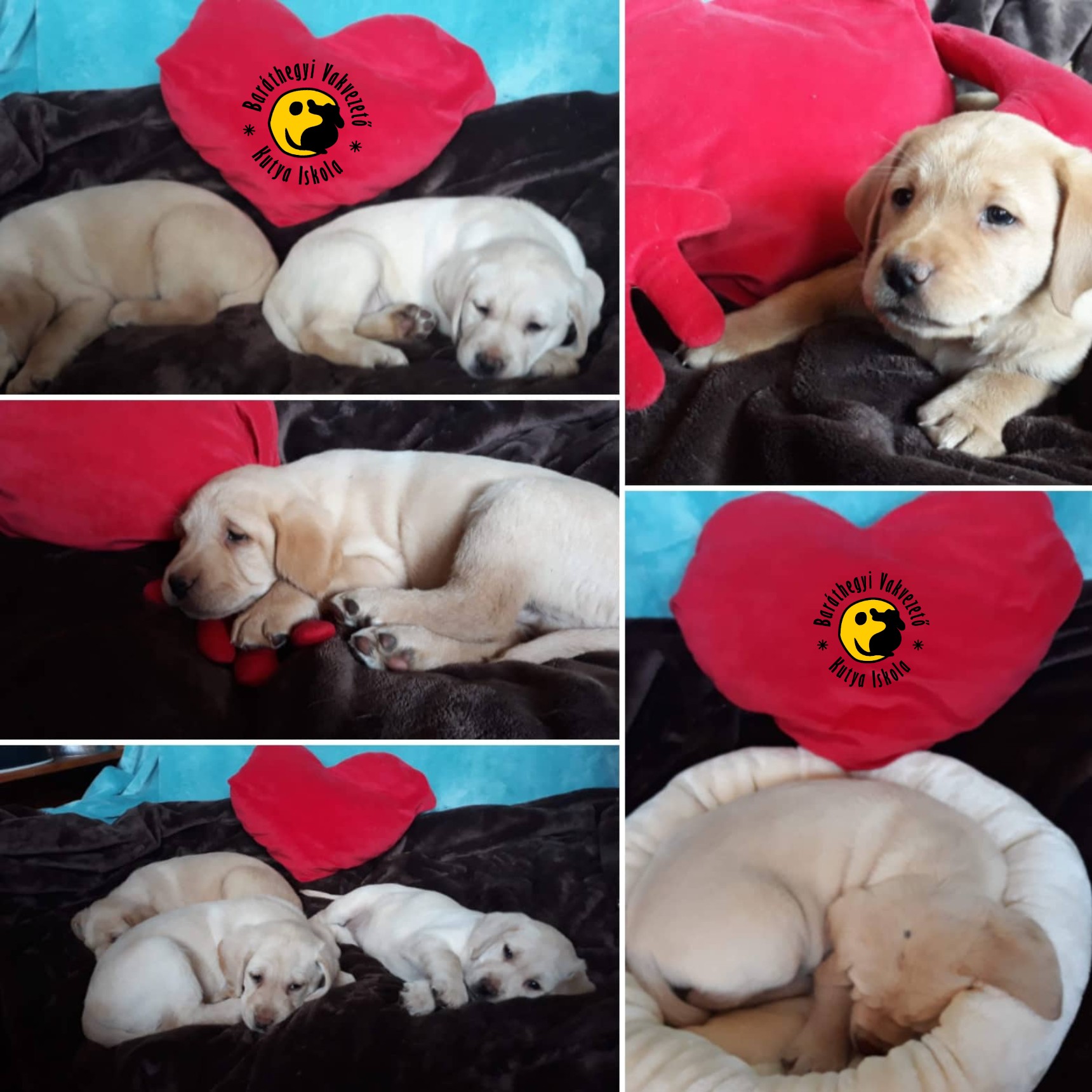 Choosing the right dog name is always a difficult decision. How can we do this in a creative and unique way? At the Baráthegyi Guide Dog School, we decide on a lottery. So that’s not what we human are…

Our community followers are asked to send as many names as possible to the puppies born in our foundation’s breeding program. Of the hundreds of names, we have a hard time choosing, so we have two helpers: one Fortuna istennő, who holds our hand (that is, our paw) during the draw and our other Bóbita dog, who “assumed” this very important position.

The foundation beautiful, two-year-old Labrador bitch, Zina, was born in October 2019. The guide dogs of the future, the eleven healthy and cheerful puppies, have entered the so-called “O” letter. What does that mean? The fact that all of these wonderful dogs were named with the letter “O” was, of course, drawn through a lottery, which we also broadcast on our social networking site, Facebook, in early December.

Six little boys and five little girls were born. In the December “naming convention”, the puppies arrived in birth order, one by one. Of course, the careful mother, Zina, was present at the “ceremony,” and Bobita, a so-called demo dog, was patiently waiting for the draw. It is usually encountered by visually impaired people who are unsure whether they want a guide dog or not. Being familiar with the role of guide dogs, Bóbita can show you the feelings, experiences, freedom and commitment of being a dog.

Emese Királyné Barkóczi, the foundation’s trainer, asked Bóbita to do the job, and the black labrador happily shook his tail as he pulled out the names hidden on the plastic spheres and sat back patiently with his owner.

Zina’s puppies were given the following names in order of birth:

This video was made with them at Christmas and many people were happy.

The O team has grown a lot since then. Look how beautiful they are.

The puppies of the next litter got names “P”, and Bobby again helped with the selection, which we will report on soon.