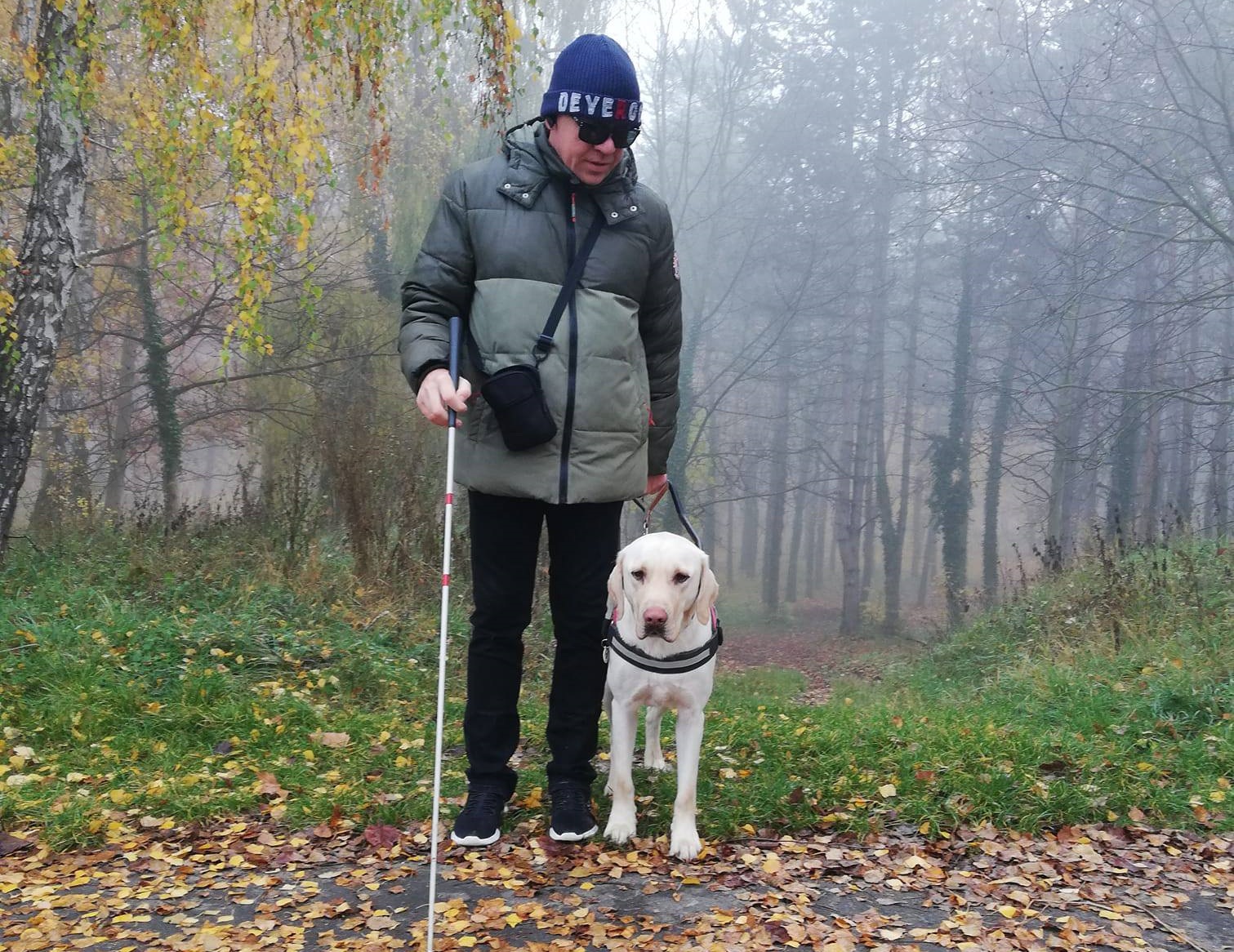 Balázs Szőts and Ózon took their exam today in complete calm and with a lot of humor.

The couple, living in Bonyhád, left their suburban home on foot heading towards the city center to go to a phone store. Balázs asked, “Is the camera recording now?” – as we record all our exams, we ensured him that we were recording this significant event for posterity.

During the long walk in the suburban area, Ózon never got anxious, though many dogs barked at him, in vain. They did not want anything bad of course, just to let Ózon become a good guide dog, there are not many in the area, anyway. But neither the exam, nor the fun have finished here.

The appraisers suddenly noticed that Balázs was walking into a bakery saying that “the bread is ordered”. After all, why come back for the family`s bread once again if it is on his way? Everyone had a big smile again saying that they are having an exam by the way. At the same time, they acknowledged that Balázs skilfully incorporated everything into his day, said Mária Nyíriné Kovács, Ózon’s trainer.

It was market day in the city, so they had to push their way through the crowd. At the phone shop, three cars were parked haphazardly in every direction, but that did not disturb them either, they kept walking confidently all the way. Oh, and of course, they bought something there, too.

Passing by a lottery shop – Balázs used to pop in there with Ózon – he politely asked the members of the appraisal committee if he “should stop, because it was no problem if the ladies wished to play the lottery”.

After a smiling “no”, they moved on towards their home now.

Our trainer also mentioned a critical point: someone was feeding stray cats on a plate placed on the ground, which would be a two-stick hit for an average dog, but not for Ózon, who just looked aside saying, “Oh, good for you!”.

The exam went down in a good mood. Sodó, Balázs’ previous guide dog, who is enjoying his retired life, was waiting for them at home. Sodó, although not immediately, became a great friend and playmate of Ózon.

Congratulations to Balázs, who works as a masseur, and to our all-heart puppy for the exam passed with flying colors.

We highly appreciate the work of Panni Csepreghy, our puppy tutor, and Mária Nyíriné Kovács, our trainer, for giving Balázs a loyal companion.