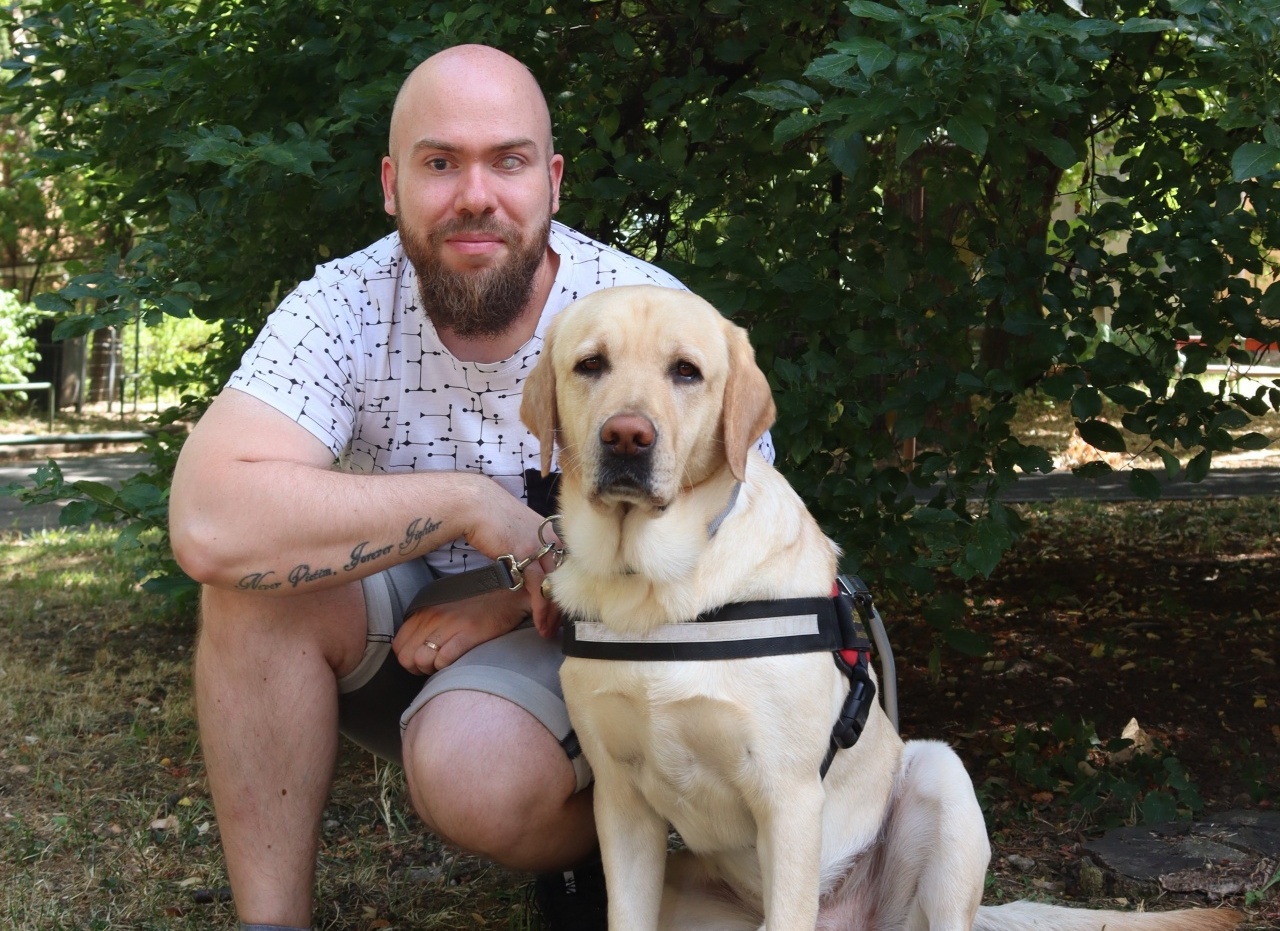 They went wonderfully in Miskolc. According to the examination committee, their traffic wascharmonious and smooth. Ádám Balogh is our colleague, so he demonstrated his skills with Oktáv on the route from the Baráthegyi foundation head office to his residence.

After a long walk, they reached their destination by bus and tram. Oktáv is a calm and balanced dog,
which he showed in the exam.

Oktáv is a Zen master. Its respectable size is accompanied by infinite calmness, which instantly charms anyone. In addition, he has a determined and above-average problem-solving ability, which makes him suitable for the job of blind guide. Living and working with him was a real pleasure for me

We asked Edina Fazekas what it was like to be Oktáv’s puppy trainer:

He was our first foster dog, he was insecure at first, but he slowly got used to his new place and became a completely open, very happy and cheerful dog. When he was little, he was so happy every morning to see us again that he couldn’t even take a step away from him for minutes, because he walked around us waving and giving kisses. Once, when he was older, he found a wallet here in the meadow, which had been left by a young guy a few days before. It was already apparent that he was helping wherever he could. He has developed into a kind, clever, confident big dog, he has stayed with us several times since then, it is always good to see him again, we are very proud of him.

Congratulations to our couple who recently passed the exam. We wish them many happy years! 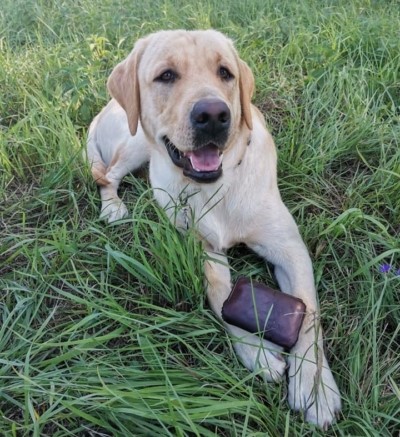