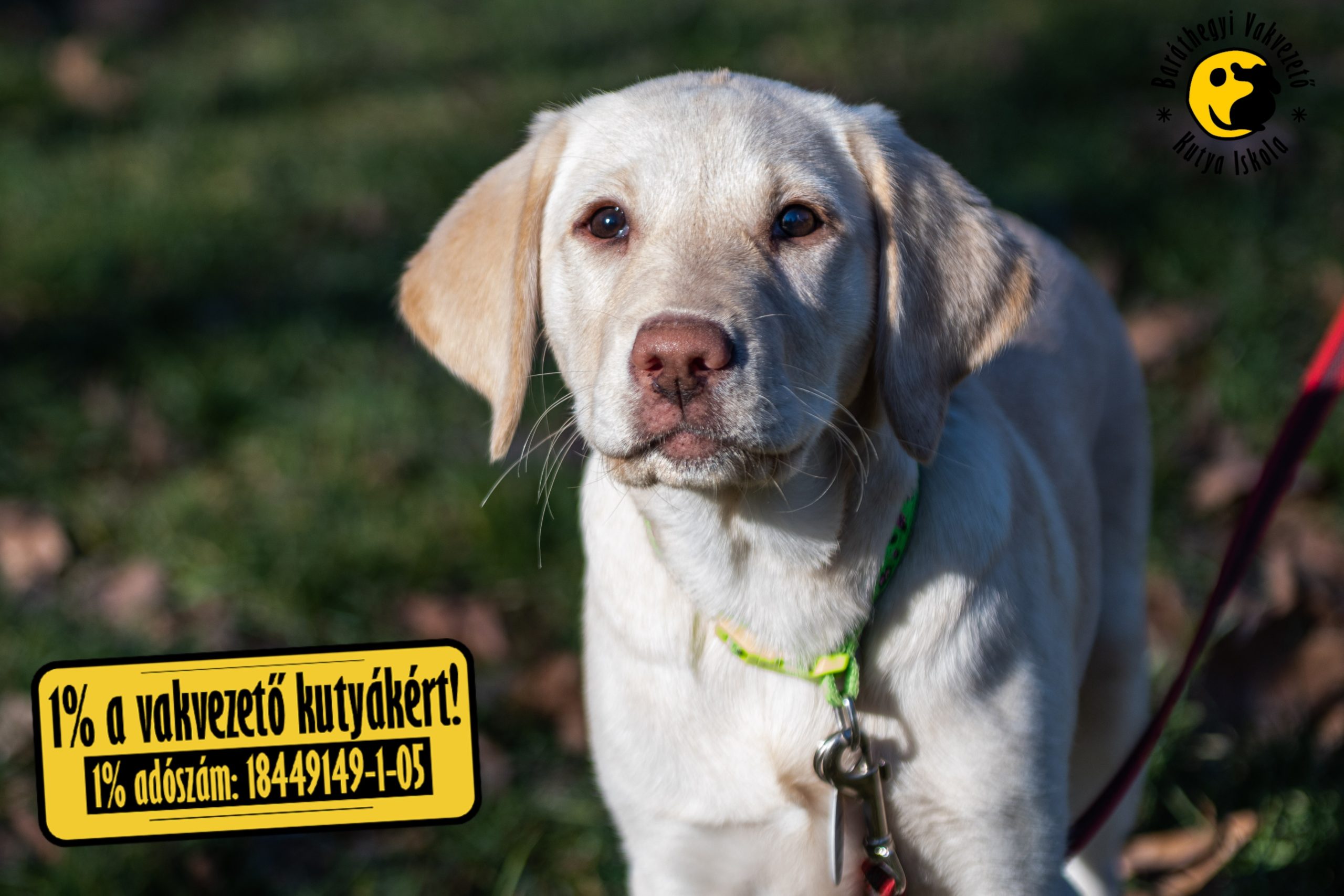 Óda, from the O litter, is one the most like her mum, Zina. The beautiful little lady has a very pale coat, and an adorable pink nose. Her owner Marika Szűcs, says that Óda can be a little devil and a sweet angel at the same time. Óda translates as Ode, which is appropriate because she has a very vocal opinion about everything.

Óda came to her experienced owner when she was 8 weeks old and is Marika’s third dog, following Arthur and Ikon. Ikon is already guiding his new owner, Sándor. At her first monthly puppy meeting Marika told us that Óda, then and now the smallest labrador in the litter, has more energy than six male puppies put together. She can change her mood from princess to demon and back again within seconds.

Óda was born the second out of the 11 puppys, and was the smallest of them. If she wrote her cv, then I’m sure that she would mention her abillity to give constant feedback about everything happening around her. „What usually occurs, is that whenever something happens that I don’t agree with, then I speak up about it. It isn’t my fault, I was born like this, and mummy agrees with me about commenting about stuff. Now don’t think I’m loud, no, I just kindly let everyone know about it, quietly but constantly”– As Marika puts it in her diary, „Her hobbys are running, playing catch, going on big walks and sleeping peacefully afterwards”.

The little Labrador loves to learn. She behaves perfectly with other dogs, children and grownups, and she has been like this since she was only a few weeks old. She has learned to return to her owners heel very quickly, even when she is in a playfight with her siblings.

Zina’s puppys are going to be 5 months old at the end of March!

Óda is now old enough to learn how to walk on a leash, sit next to her owner and not eat stuff off the ground. Of course she has plenty of time to play and rest, and she gets delicious treats for every exercise.

Not long ago Óda borrowed one of our older „student’s”, Kávé’s harness. She was carrying it around until finally someone helped her to try it on. She looks adorably sweet in it, although we can agree that she needs to grow before it fits. But it is already obvious that she will wear hers with pride.