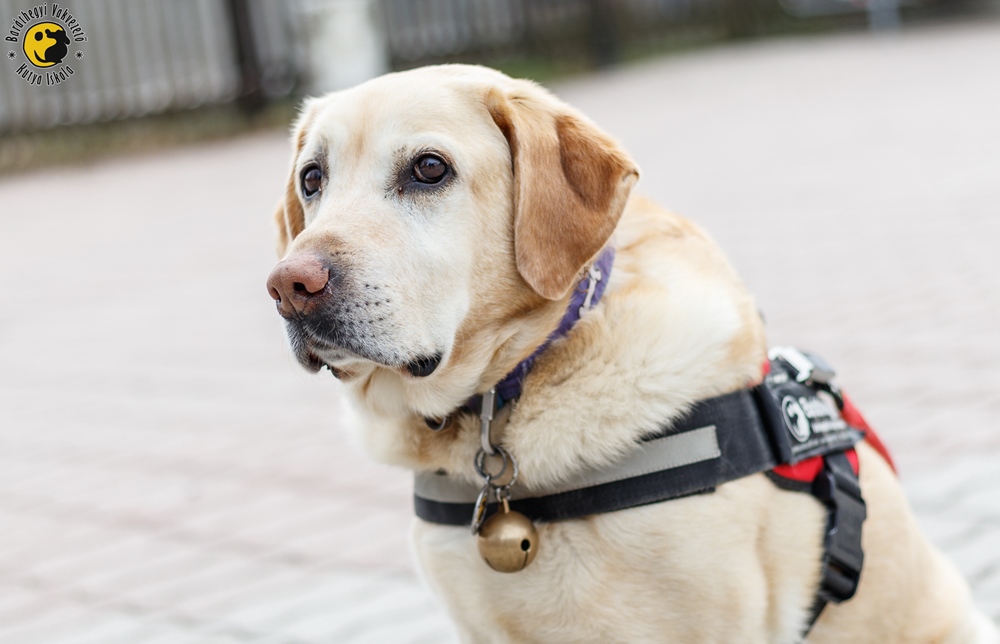 The fourth part of our video series “On the way with my dog” was made with Katalin Török Sándorné, who is visually impaired but she helped our dog Iris to give birth to her puppies and Katalin took care about them even after that. But, this time she didn’t talk about the 10 puppies with M, but her own guide dog, Morris.

Morris always feels when her owner feels bad, as it happened once, when Katalin had a faint caused by her high blood pressure in her bathroom. “I think he knew that I felt bad when I went into the bathroom, so he didn’t go out, however I asked him to do so.”

Morris went to Katalin’s husband. He was already asleep, but the dog nodded him until he got up and then indicated to follow him to the bathroom. “When my husband found me, my blood pressure was 220”. He called the ambulance and the hospital examinations revealed that Katalin had a heart attack, so it helped a lot that Morris could ask for help in time.

Katalin had a second heart attack at the Emergency Department in the hospital. „When I went home, I couldn’t thank to my dear dog enough that he detected the trouble. I told him that I thank him that he is mine.”

It is not a part of guide dog training to detect the health status of the owner but the behaviour of Morris is not unprecedented. There was another dog trained by our foundation, which saved his owner’s life several times. Rumi was the first dog in the world which was able to predict the epileptic seizures of his owner and to reduce the severity of these seizures.

The video series „On the way with my dog” is made by the Baráthegyi Guide Dog School, with the contribution of our visually impaired friends, using guide dogs trained by us.

The previous part, made with Aniko Nagy, is available here.