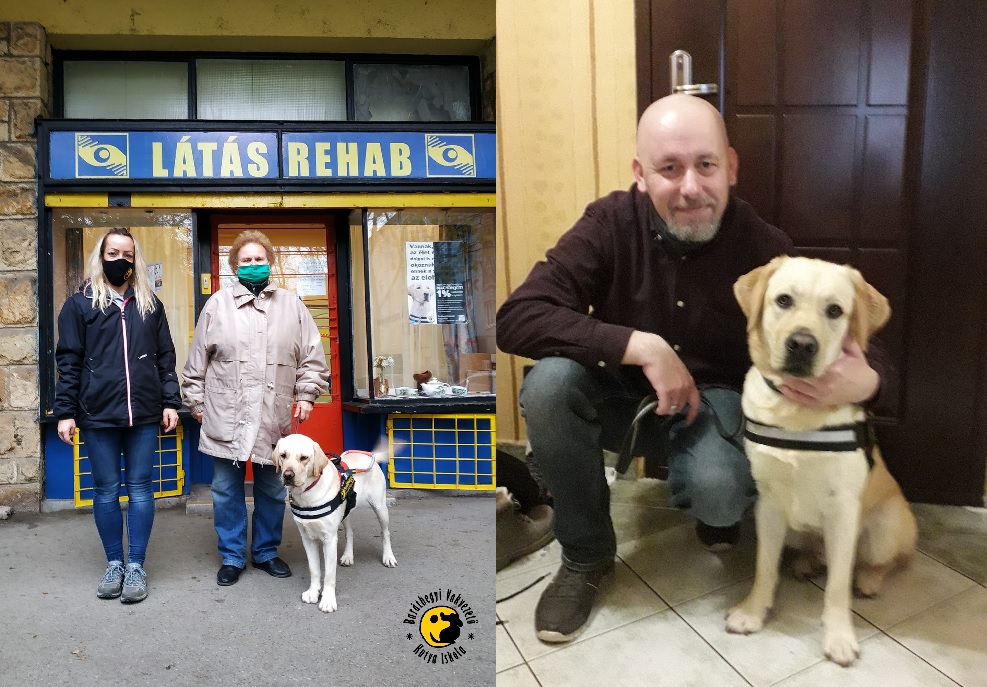 We are pleased to report that another two members of the M litter completed successful traffic safety exams. On the streets of Nyíregyháza, Mágnes and László Kiss demonstrated how coordinated they can work together. Müzli and Irénke Béláné Nagy performed the same tasks in Miskolc. Congratulations to both pairs!

Müzli and Irénke Béláné have become inseparable and demonstrated this fact today in front of the exam committee at the traffic safety exam. Irénke was all eager to take the exam. Being really excited, she was fondling Müzli, her guide dog as if talking to a child.

At the exam, they confidently solved even such unexpected tasks as the situation where a car suddenly reversed right in front of them at a zebra crossing. During the exam, they met several other dogs, but Müzli I didn’t pay any attention to them, concentrating only on helping Irénke, Emese Királyné Barkóczi, Müzli’s trainer says.

For them, an adventurous route was selected in the inner city of Nyíregyháza. Mágnes was even more excited than usual, with each step he made being supervised by four scrutinising pairs of eyes, but even this way he was able to concentrate on the task of guiding László safely.

The examiners praised the pair, highlighting the pleasure they felt seeing the intimate bond formed between dog and man, Lajos Cserven says.

We are extremely proud of them! We wish a lot of happiness in the future for the pairs. We also wish to say thanks to the examining committee, Müzli and Mágnes were trained by Emese Királyné Barkóczi and Lajos Cserven, respectively.

We are grateful to Réka Sápi and her family for raising Müzli and brightening the days of a visually impaired person.

Thanks to the Mocsáry family for turning Mágnes into such a wonderful dog!