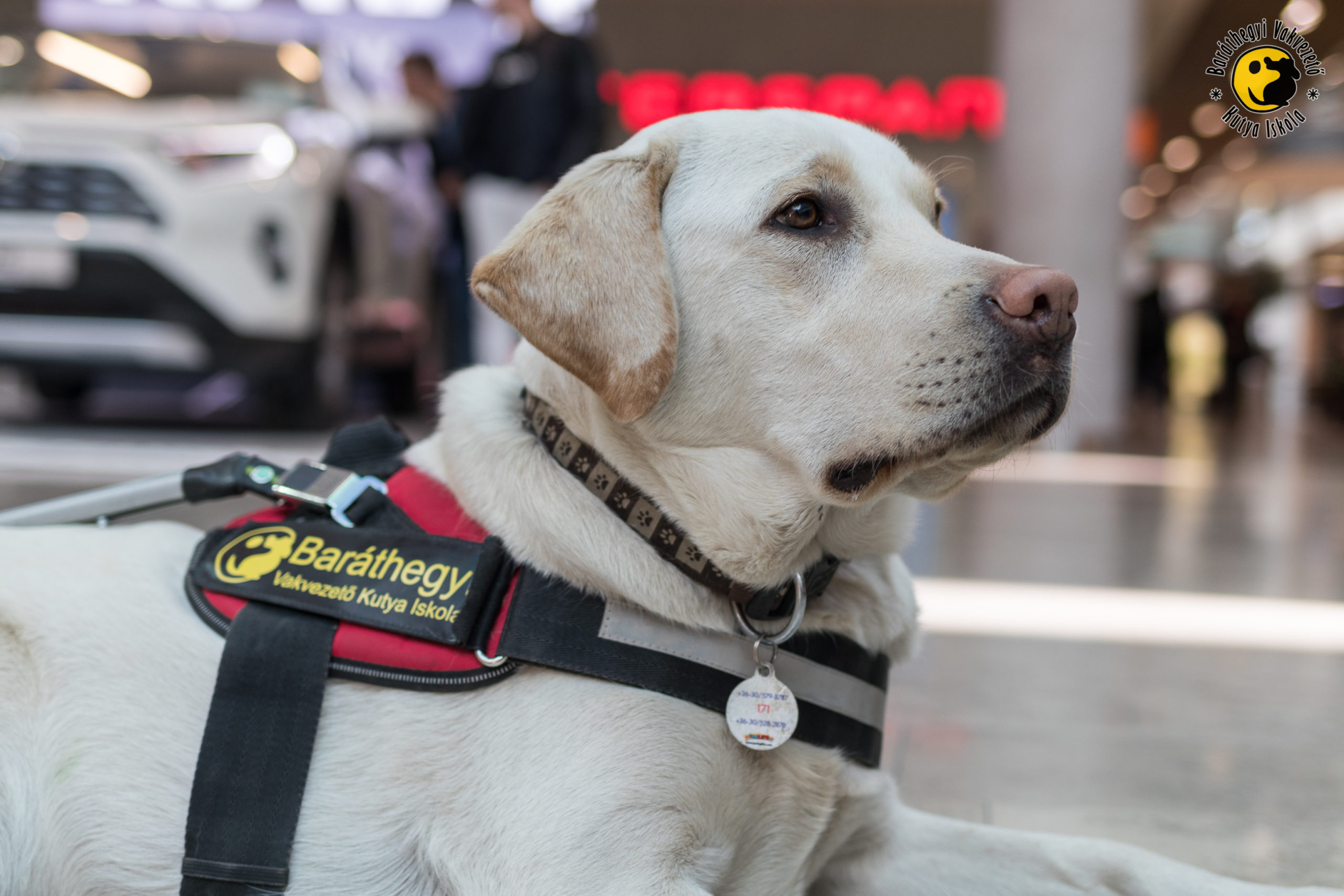 Over the past year, several cases have been reported in the press about visually impaired people with a guide dog being prevented from moving freely. In a totally unlawful way. We have just learned about the latest case, so we are turning to the public. In two cases, the companies concerned had to pay fines of hundreds of thousands following the actions of the Consumer Protection and Equal Treatment Authority.

The Baráthegyi Guide Dog School conducts awareness-raising activities to reduce the risk of degrading people. More and more people know that guide dogs have the right to go wherever sighted people are. Not just public institutions, but shops and even restaurants, but there is no doubt that we still have a job to do.

Two of our trained guide dogs and their owners were violated in 2019. A year ago, Matthew Móricz and his guide dog, Fülöp, were denied boarding on WizzAir’s London flight, even though their flight tickets and all of Fülöp’s health papers were okay. At the end of its consumer protection action, the airline had to pay a fine of $160,000.

Half a year later, Alexander Széll and his guide dog, Icon, were not allowed into the IKEA restaurant. The company acknowledged they had made a mistake and said they had informed its employees about the matter.

Dr. Tamás Mezősi, President of the Board of the Guide Dog School, said that society has . In such moments the people are in a completely humiliating position. It is substantial they consistently stand up for their rights, and our foundation can help.

The Equal Treatment Authority reported the latest case. A visually impaired applicant approached them because his guide dog had not been allowed into a confectionery. The applicant stated his dog had a blind marking distinctive sign, but the shop assistant shouted repeatedly that he could not enter the shop with the dog and ask for a cake from the door. The authority imposed a fine of HUF 300,000.

A dog can be a bridge between two people

In any case, we call attention to compliance with the law – the rights of guide dogs are laid down by ministerial decree -but we know that more is needed. For more than a decade, our Foundation has been conducting educational work on a voluntary basis, free of charge. We get to educational institutions, town and village institutions events. We respond to invitations from companies that  ave many customers and a large customer base, and it is important for them to provide a better service to everyone. We also take part in events attracting large crowds. Our goal is to bring the guide dogs and their owners closer to the people who want to know.

Anyone who wants to know more about guide dogs and their owners will find us all year round. In February we will take part in two big events: on the 14th at the Kocsonya Festival in Miskolc, on the 15th – 16th at the FEHOVA exhibition in Budapest.