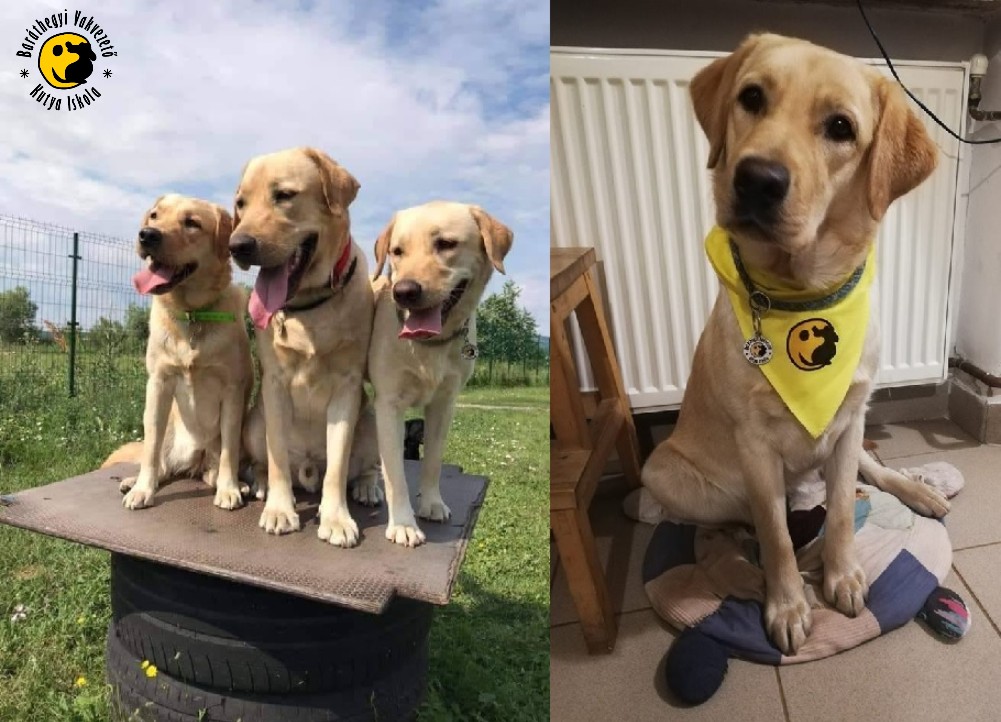 Within a year, Kiwi and Kürtös became beautiful and smart dogs, so it is time for them to move back to our trainer, Emese Királyné Barkóczi. We say „back”… because Emese helped the mother dog to bring them into the world in April last year.

Kiwi and Kürtös got to their puppy raisers after the eight weeks of their age, and they learnt the basics from them. We thank our puppy raisers for this work! Now, the two yellow labradors got back to our trainer so that they can learn everything, which is needed for them in order to be a companion for a visually impaired person.

In the first photo, next to Kiwi and Kürtös, you can also see Körte (Pear) which is also being trained. In the other photo, Kiwi is proudly wearing the pretty dog kerchief of Baráthegyi Guide Dog School.