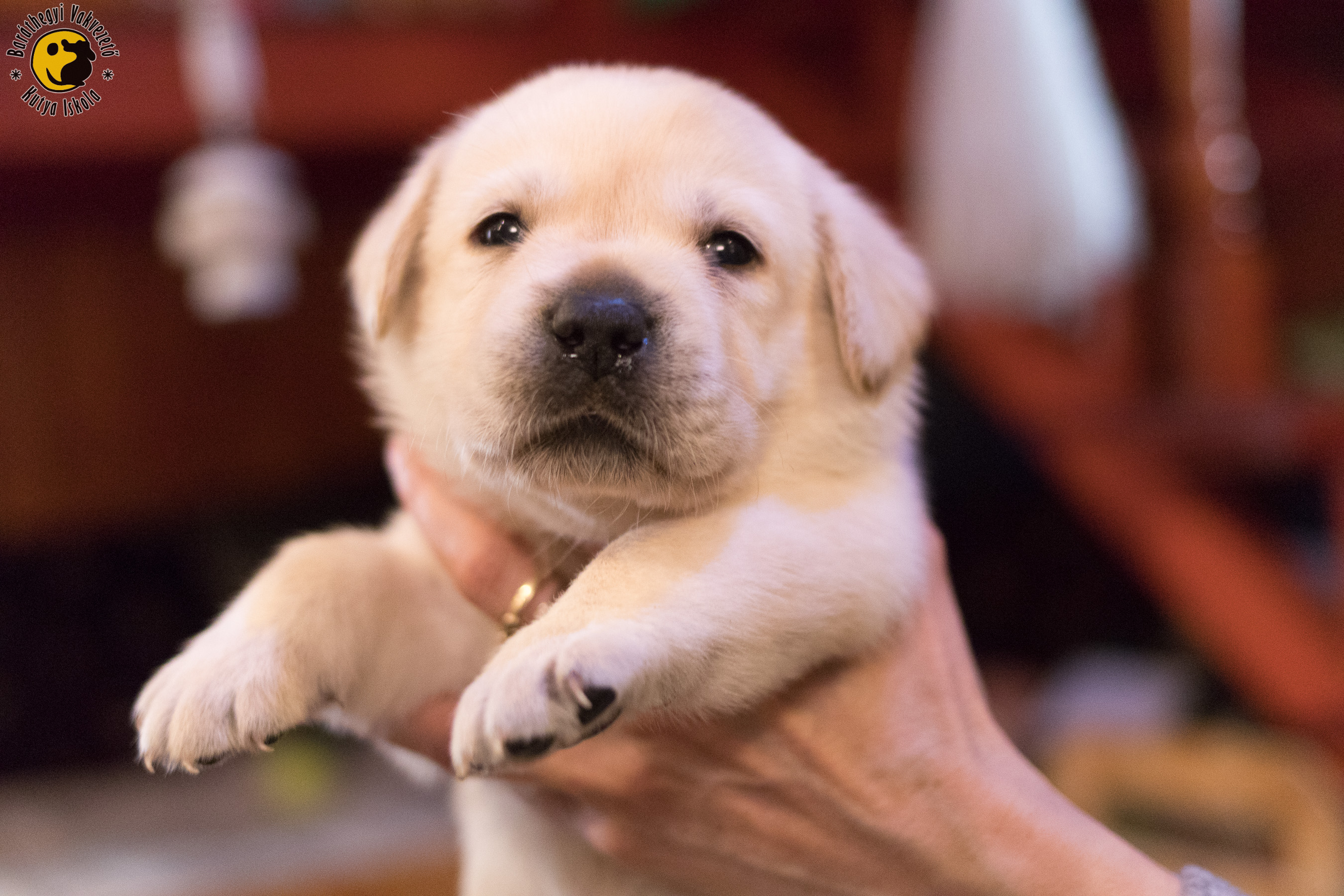 Today we introduce Mítosz, whose name means “myth”. He is a beautiful, yellow, little Labrador boy. Katalin, the puppies’ carer says that in spite of being a boy, he is the most hysteric. Of course, this fact doesn’t affect his cuteness.

Once Mítosz really frightened Katalin, as she says, because he was crying a lot for 3 days. Katalin couldn’t even sleep; she was so worried for him. As an enthusiastic mentor, she was sleeping in the room of the puppies, hugging Mítosz, who stopped crying in her arms for good and all. This is the story of turning out that Mítosz is a real “drama king”.

Mítosz introducing himself to you in a video:

You can read about his sister, Mokka here.