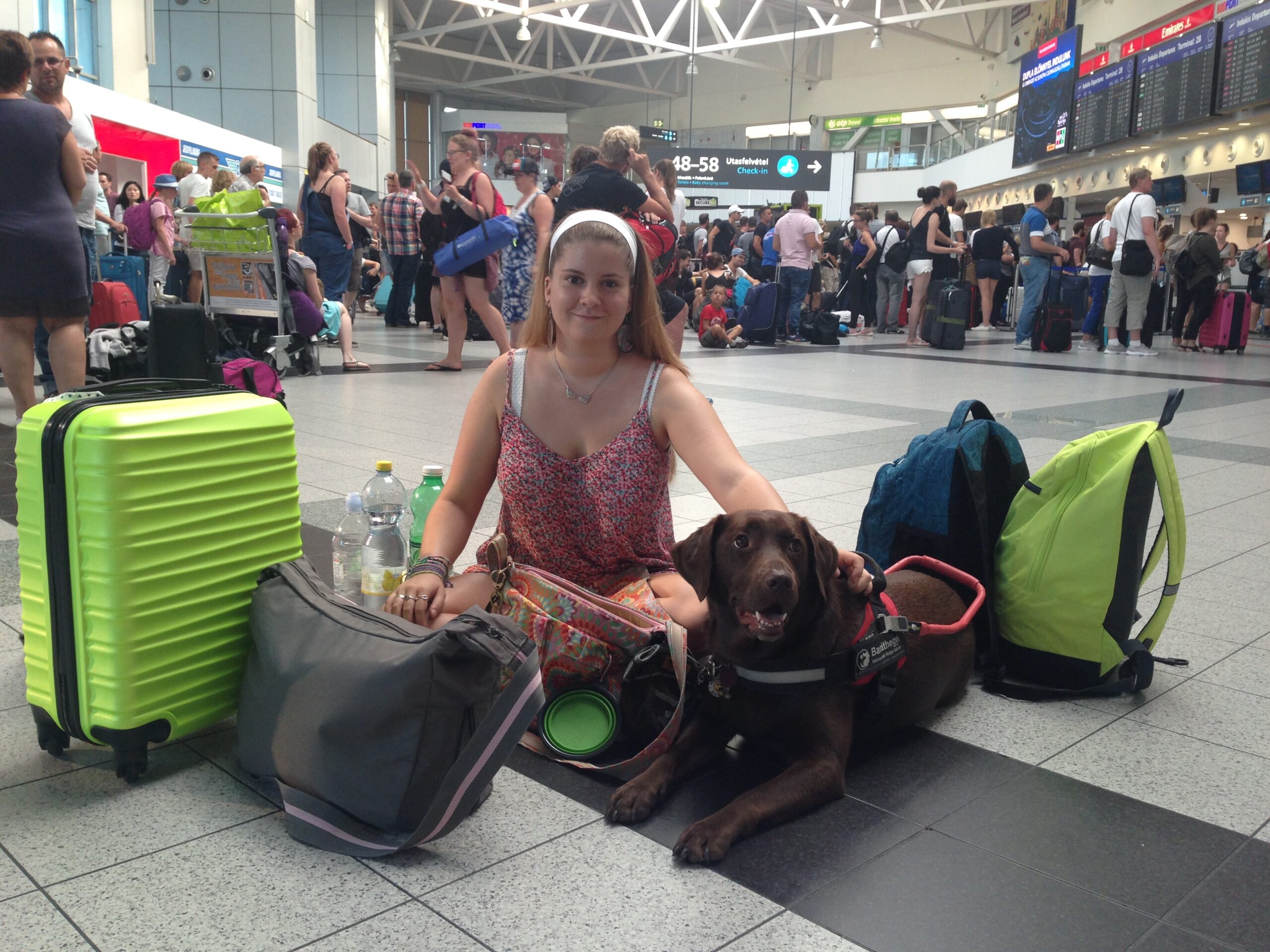 Debóra wants to teach essential knowledge to people who have lost their sight in adulthood. She has spent many years at the University of Kaposvár and was happy to talk about her memories, including that she didn’t think that people in their twenties would crawl on all fours under the benches to approach her guide dog for a cuddle.

“If a young blind person is not a lawyer or an interpreter, then they will be a brush maker.” Although I’ve come across this opinion at the university, I don’t believe this. Because it is difficult for a visually impaired young person to find employment people need to change their attitude, and there are many stories about how they can’t find work in their chosen profession.

This is also true for graduates. I decided that I want to help rehabilitate those who have lost their sight in adulthood by teaching them the knowledge that is essential for independent life, such as cooking, cleaning, and reintroducing them to computers with a reading-programm. „Currently I’m learning how to cook”, explained Debóra Szabó.

Debora has now graduated from the University of Kaposvár with a degree in special education. Learning as a visually impaired person did not present her with a challenge that she couldn’t have fulfilled: i.e. she made notes as she heard her teacher’s lesson. The first few months were spent learning to identify people based on their voices. She was glad to have met classmates who were sensitive to her blindness, or according to medical language, to her “sensory disability”. She was happy to share her personal experiences with them as they learned about visual impairment.

Debóra is always accompanied by her guide dog, Emi, who was trained by the Baráthegyi Guide Dog School. To explain, the seven-year-old Labrador was already a high school graduate and a university student. In high school, it wasn’t easy to explain to teachers that it’s not necessary to challenge the
ÁNTSZ because of a guide dog. It is enough if the law is followed, meaning that she can have her dog with her during every minute, and at the end there were no hiccups. Curiosly, many more people pampered Emi at the University than her mistress had expected.

“I didn’t think people in their twenties would approach us under the benches, crawling on all fours to pet Emi, but they did. We laughed about this because when it’s possible I allow it, but I would never let anyone pet her or feed her while she is working. At school, I really liked what one of the teachers asked before the semester exam, “Were you here?”. He didn’t notice Emi because she always lies under my chair and I didn’t catch his attencion, which was perfectly okay”, said Debóra.

Emi is a cute, well-socialized dog who can go anywhere with Debóra. She is involved, she likes to observe and her temperament fits perfectly with the quiet town of Kaposvár where they still live.

“On the dog beach at Fonyód she only washes her feet because she doesn’t like to swim, and you can throw the ball for her ten times, but you’ll have to bring the eleventh one back yourself. If I were only to say that about her you might think that she’s a disgrace to retrievers, but she loves dogs and
people in her own restrained way, standing on all fours rather than throwing herself onto her back from happiness”, Debóra explained with a smile.