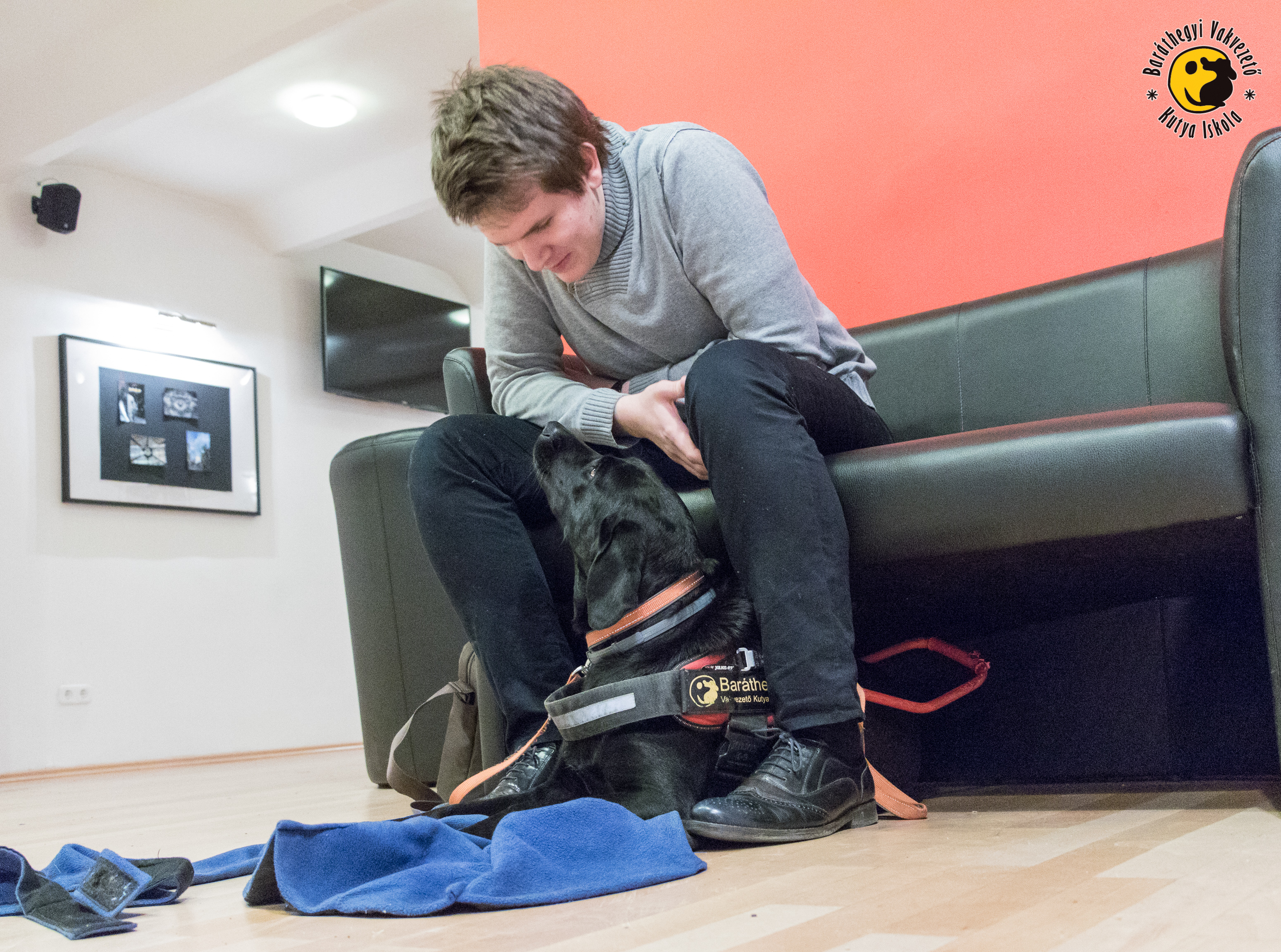 There is another turn in the case of Máté Móricz who was denied boarding with his guide dog, Fülöp, on Wizz Air’s flight to London in Budapest. Based on news from the media and without any claim from Máté, the Hungarian Consumer Protection started an investigation in the matter and informed Máté that Wizz Air has to pay a compensation of €500 for him. Máté agreed to talk about what happened and how he lived it in the video of Baráthegyi Guide Dog School.

Here you can read a summary of the video interview:
On 4 February, Máté Móricz wanted to fly with Wizz Air’s flight to London. As per the airline’s terms and conditions, he indicated everything in advance. They could not board the plane leaving at 9 a.m. but a few hours later they were allowed onboard.

As Máté is familiar with the rules of travelling with a guide dog, he indicated his will to take his guide dog 48 hours before the flight. He consulted with the Call Centre where he was informed that the papers were all right. When doing the check in, he was questioned why he did not indicate that he is taking his guide dog as the airline has to provide priority seat because the dog can sit only in the first row at the feet of its owner. Máté told them that he consulted everything beforehand and got a confirmation of a successful booking. As there were no other guide dogs travelling on the flight, they were allowed to go to the boarding gate. Upon boarding, they encountered another problem as they could not find Fülöp’s certificate that allows him to fly to England. The representatives told him that if he does not have it, the dog can be quarantined for 4 months. So, they did not risk boarding the plane.

Máté started to make calls in a panic. He reached our organization, but we could not say anything because he had all the documents verifying that they are both allowed onboard. However, because of the supposedly missing paper, they could not board the London flight leaving at 9 a.m. Máté tried to get one of these certificates in English. He stayed at the counter where they told him a few hours later to take the 12.30 flight. They did not explain the change of heart but helped Máté to board the flight with his luggage. Máté did not have to sign anything.

On 10 February, things were completely different at the airport of London. They boarded the flight to Budapest quickly and without any problems.

Máté Móricz’s purpose with publicly speaking about the story is to not have any other guide dog in Hungary live this situation again.