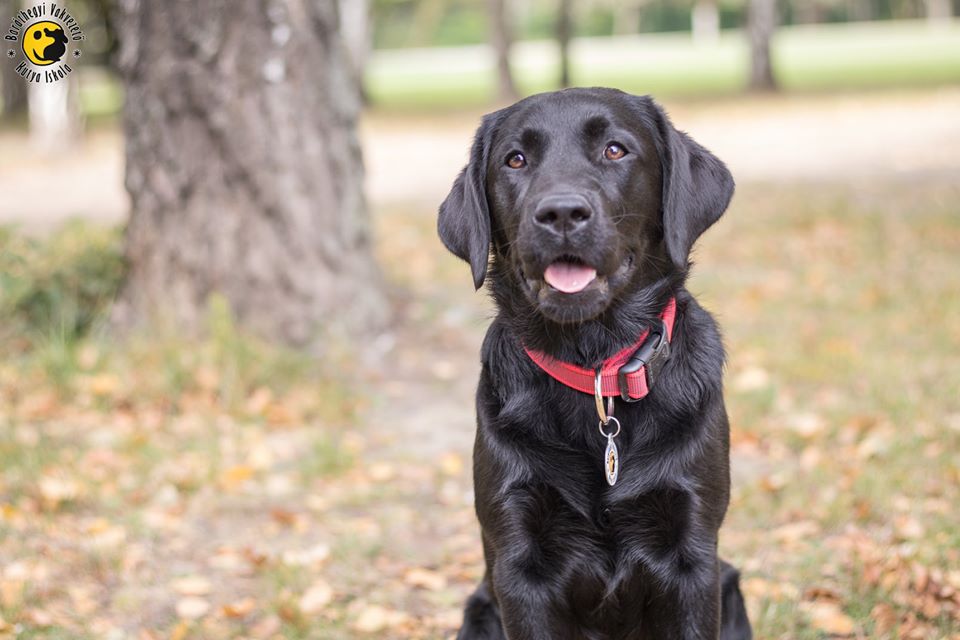 Milka has learned everything she will need later to be a companion for a visually impaired person. It’s time to get to know her future owner. Now they are practicing together.

Milka was the smallest labrador in the M litter. She compensated for her tiny stature with willingness to act. „She is a very well socialized, brave and kind puppy who knows her place everywhere” – said our trainer, Királyné Emese Barkóczi.

Milka and her siblings lived with their mom, Iris, and Katalin, who cares for the mother dog, until they were 8 weeks old. Even then, Katalin described the tiny black dog as “my little one”. In a litter of this size, it is natural that there is a smallest dog.

At 8 weeks, Milka moved in with her puppy trainer, Petra Palágyi, who laid a good foundation of the knowledge on which the training was later built. Thanks to Petra for raising such a great puppy for us.

After her first birthday Milka began her “university” studies. She loves it when her trainer focuses only on her, learns enthusiastically, and tries to comply with everything.