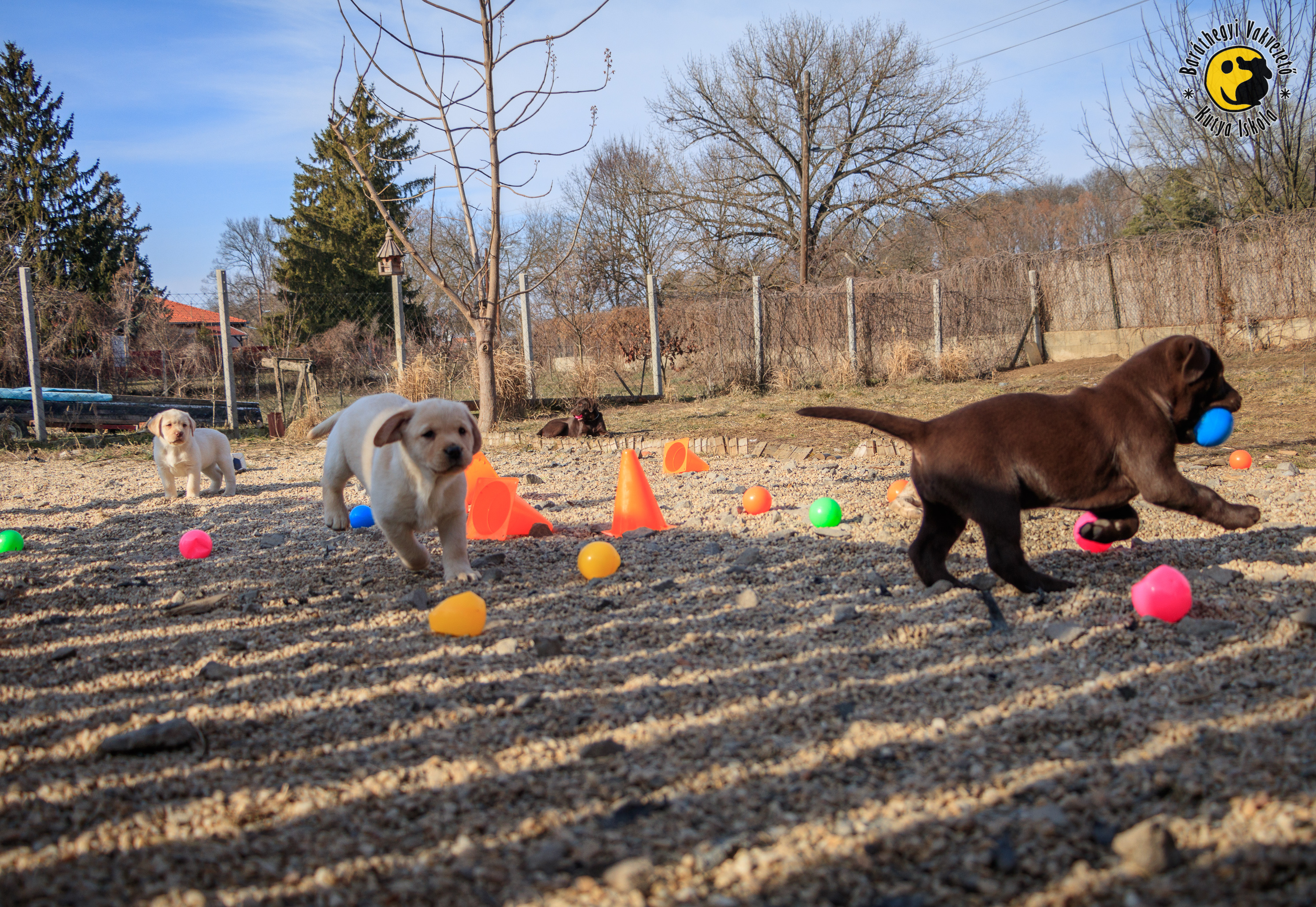 The six puppy do not only differ in their colour and size, but also in their personalities. We can see it now clearly that what kind of personalities these dogs have. We collected in a few sentences their details.

Latte is a beautiful blonde baby girl who has been very calm and peaceful since her birth. She is so playful and likes being in hand and having caress. Her noticable sign is her nose and she amazes everyone with her pretty girly face. She is fond of her puppy educator, that’s why she was the last who had made contact with another educator during the test of six week.

Legenda (=Legend) the black baby boy is just like her father. He loves people, and if it is necessary he can have a break during eating to check who has come. It’s the best if they’re willing to pet him. He plays with massive energy and enthusiasm, like we could see it in the test.

Limbo is a bit darker than her sister, but we can absolutely separate them thanks to their noses. Limbo can hide her despotism with her girly face, she can easily manipulate their siblings. She was born with the biggest weight, in addition to this the last word is always hers. She is clingy and likes being pet.

Lámpás, the brunette girl looks the most like her mother. She likes sleeping and playing with her favourite brother, Leon.

During the test she was the most enthusiast, she was following the educator all the time.

Leon, the little chocolate-coloured boy is a little bit smaller than his siblings but it does not bother him. His favourite hobbies are sleeping and playing. He was the first who had their eyes opened and he is the tiniest, so we can say he is really special. As it was expected, he was the most balanced.

And lastly, here is Lars, who came as a “bonus”. It seemed that there were no other puppies but Lars was born. Just like during his birth, he are not in a hurry, and he is the calmest in the L group. Moreover, he is a real explorer.